Thank you for considering a donation to the UGC!

The UGC is currently conducting a campaign to fully endow the “John Low Baldwin Chair,” now occupied by our fifth Conductor, Francisco J. Nuñez.  The chair honors the memory of our beloved fourth Conductor, John Baldwin, who led the UGC from 1961 until his death at the end of 1999. The goal is to increase the Club’s endowment by an amount sufficient to cover the cost of our professional musicians, which is now approximately 20% of our annual budget. By clicking the link below, you may contribute to the Baldwin Chair.

The University Glee Club of New York City is a charity as defined by IRC§501(c)(3). 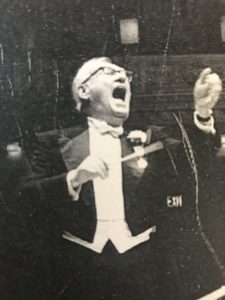